How to Lower FSH Levels and Improve Fertility

High FSH levels can be a sign of poor ovarian reserve, poor egg health and quality and a symptom of failure to ovulate (anovulation).

How can you lower high FSH levels and produce higher quality eggs?

First and foremost is optimal nutrition with adequate intake of protein, good fats and complex carbohydrates.  Iron and vitamin E are crucial for healthy egg development and maturation.  Many women are low in iron which leads to general fatigue, pallor and heavy periods.  The herbs Shatavari, Dong Quai and Rehmannia have traditionally bee used to treat poor egg quality and are often prescribed to women in their late thirties ad early forties.

Consider having a Anti-Mullerian hormone test.  This test will show  you what level of ovarian reserve you have (the amount of primordial follicles you have left).  This will indicate whether low ovarian reserve may be a cause of your elevated FSH levels.

Consider some dietary adjustments.  It has been suggested that type O’s eat a predominantly paleolithic diet, which is largely meat based, and that they avoid dairy and wheat (gluten).  Negative effects of dairy and gluten on human fertility have been well documented.  For example, the first country to country comparison study found that fertility declined with age faster in countries where women drank a lot of milk than in countries where they drank lower quantities of milk.  Similarly, women with undiagnosed intolerance to gluten are more likely to experience difficulties getting pregnant and to enter menopause earlier.

One large study found that following a diet high in animal protein may in fact increase your chances of ovulatory infertility.  According to a study from Harvard, the longest running study of woman’s health in America which started in 1976 and initially included over 120,000 married 35-55 year old female nurses – ovulatory  infertility was 39 percent more likely in women with the highest intake of animal protein then those with the lowest.

What should you do?

The same Harvard study found that replacing 25 grams of animal protein with 25 grams of plant protein would lower your risk of ovulatory infertility by 50%.

O blood types should consume adequate amounts of iodine or sea algae (Kelp) as it acts as a blood tonic for O blood types and as such has a medicinal effect.  What’s interesting to not is the fact that iodine, selenium and zinc (found in Kelp) are crucial for healthy thyroid function.  Ovaries have recepters for thyroid hormone thyroxine, which is required for follicle production.

For more help with egg quality and fertility issues, contact us below.

Could What You Are Eating Be Making Your Eggs Old? 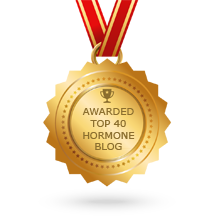 Wow.  What a difference already in how I feel and my body flushing out toxins-meaning it’s working much better.  Making steps to get where we need to be.

I love the MOOD kit that you told me to get.  I put the diffuser right next to my bed and I sleep more soundly.  I feel better when I wake up.

Thank you so much again.  Have a super day!