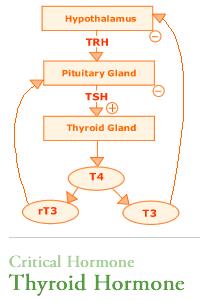 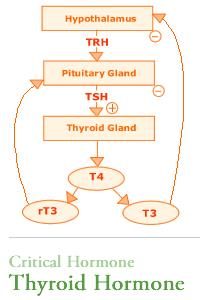 T4 and T3 also signal back with a negative feedback loop to the pituitary alerting that there is enough T3/T4 being produced, they thyroid doesn’t need any more signaling to produce more.

Most likely if you had your thyroid tested, your doctor just tested TSH.  The “normal” values for TSH are 0.45-4.5  That’s a pretty big range!  The TSH must be acknowledged within a much tighter range.  There are lots of different opinions on this.  Below 2.0 is good for fertility. 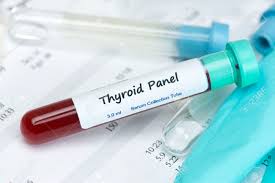 We also must know what the rest of the hormones are doing and put it into perspective.  The T4 could be being put out in normal amounts by the thyroid but the conversion to active T3 isn’t happening.  If this is the case, usually it is a lack of hormone – it’s actually a problem with nutritional deficiencies, heavy metals or something else that is blocking this conversion.

T4 might be produced normally, but it’s shuffling all of it’s energy to getting converted to rT3.  What is reverse T3?  Actually, we are not really sure why it exists.  All we know is that we have it and in high amounts, it’s generally a negative thing.  If someone is shuffling T4 to reverse T3 instead of T3, it’s usually a nutritional deficiency that needs to be addressed.  Nutritional deficiencies will be addressed in the next post.

That covers the thyroid hormones — but we are not done with thyroid!

Most likely your doctor did not test the antibodies.  Why?  Because western medicine doesn’t have a great solution to lower them if you have them.  And, because doctor’s are not sure if it really means anything in the body.  Should you be concerned about these antibodies?

DEFINITELY!  Antibodies to your thyroid means your own body is producing antibodies against one of the major glands in the body — that translates to “autoimmune thyroid disease” which is one of the leading causes of ‘unexplained infertility.’  The good news is that if you do have antibodies, there are lots of ways natural medicine can help you heal and reduce the autoimmune reaction so that you can get fertile and stay that way!

For help with this and other fertility issues, CONTACT ME HERE

NEXT UP:  MTHFR, Cortisol, Food Sensitivities and Nutrition

To visit the first article on Hormone Testing click here

The second article can be found here

The fourth and final article is here:

One Reply to “Low Down on Hormone Tests – Part 3!”